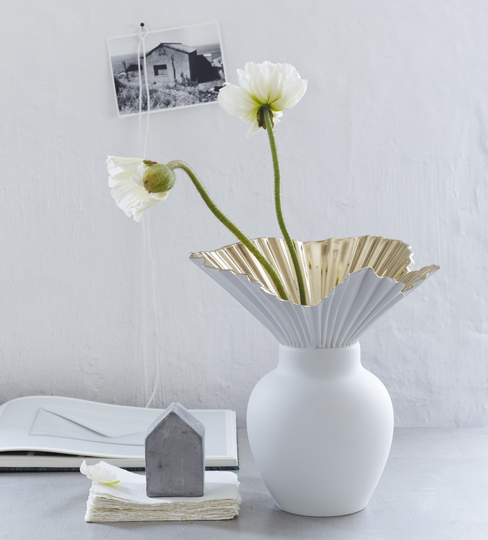 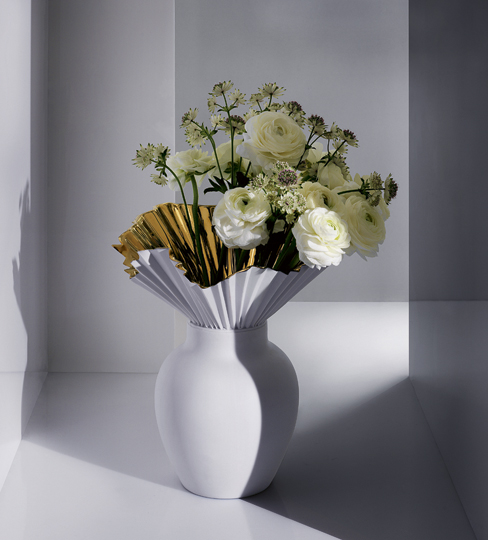 Loving the skilful interplay of materials, surfaces and production techniques, the studio has succeeded in creating a design that is particularly captivating in this respect with the Falda vase developed for the Rosenthal studio-line. The simple, bulbous vase made from biscuit porcelain with its velvety surface and pleated, topquality collar with a golden titanium coating is reminiscent of Art Deco objects. However, the appearance of the collar is a digital interpretation of this time thanks to its precise folding. The collar surrounds and embellishes the floral arrangement in an unusual way. However, even without floral decoration, Falda is an object with plenty of style and character. 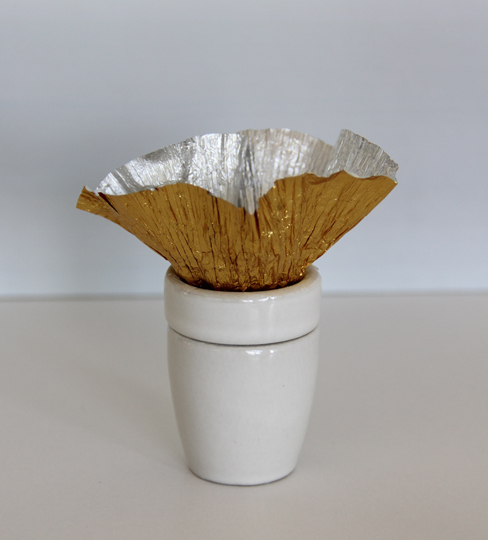 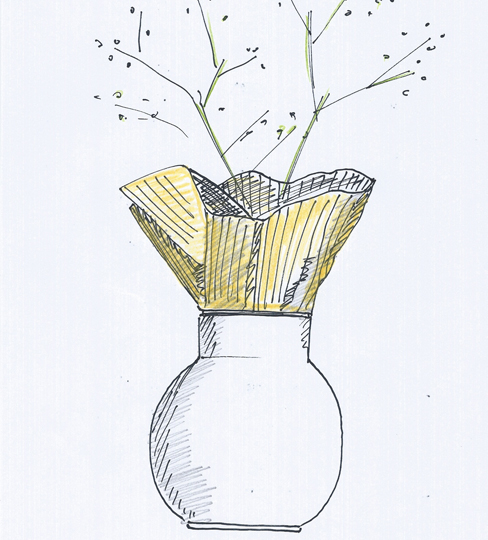 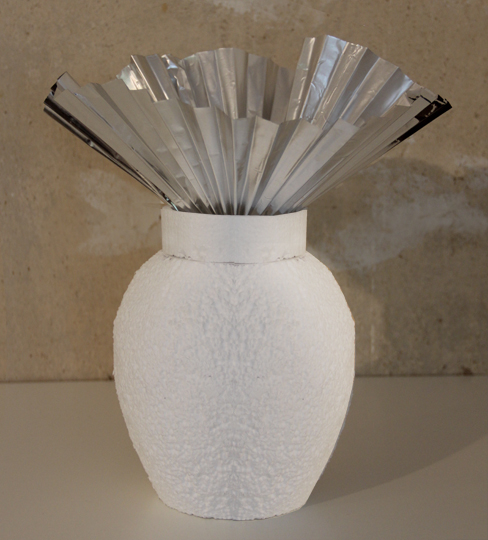