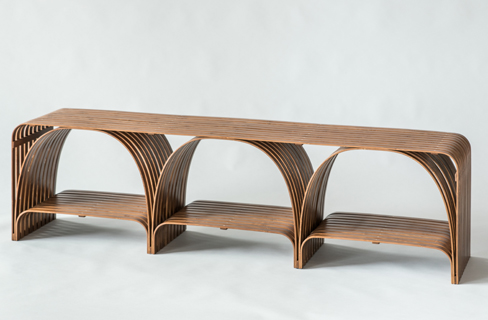 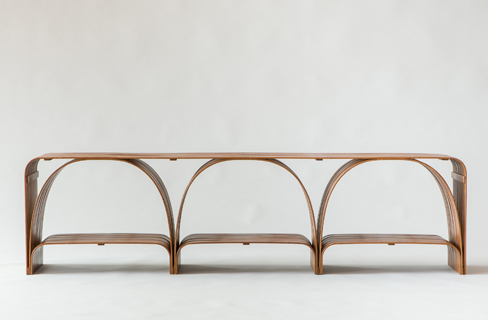 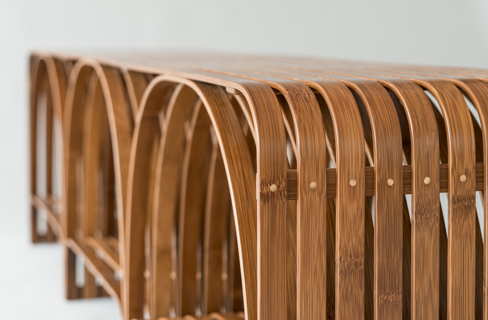 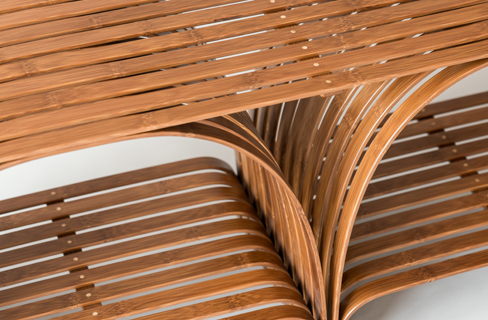 Travelling by car and by bus around the countryside while visiting various workshops in Taiwan, Herkner saw lot of bridges all over the country. He was amazed to find so many typologies of them : high bridges, low bridges, connecting areas… He was really fascinated by the shapes of these bridges, and by their density. It is actually the topic of his design idea to work on bridges, or to translate the idea of the bridge connecting people, countryside, cultures and to bring this concept to life. His co-creative design with the craftsman Ming An Wu consists of a bamboo bench which is inspired by the bridges and their arches, while connecting each single bamboo stripes and creating the perfect and harmonious bridge for your home.

Led by NTCRI (National Taiwan Craft Research and Development Institute), the ongoing A New Layer project and platform aims to foster new partnerships between Taiwanese and international designers and craftspeople. In 2017, the project moved into its second phase, with research and development wrapping up this month on “A New Layer II: Crafting Identities / Design Stories from Taiwan”.

In order to transform traditional Taiwanese craftsmanship products into contemporary design objects and furniture, the NTCRI invited Belgium-based curator Lise Coirier as Art Director and 7 internationally based designers from France, Germany, Israel, Japan, South Korea, Sweden, and Switzerland to Taiwan to work with some of the most talented local craftspeople on the island. 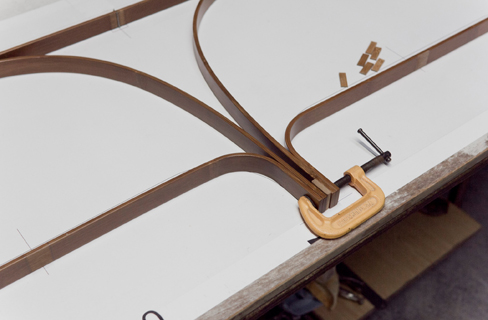 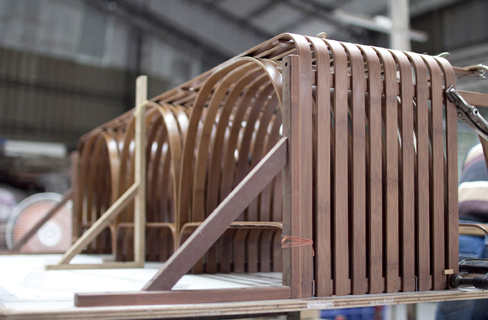 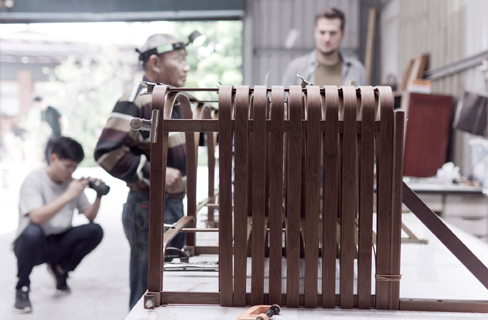 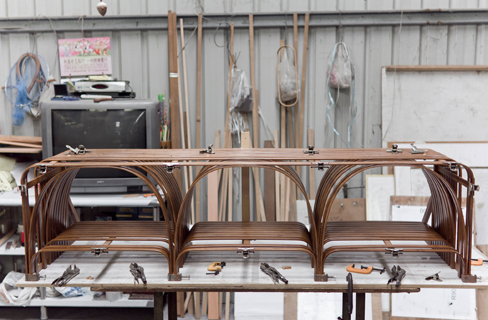