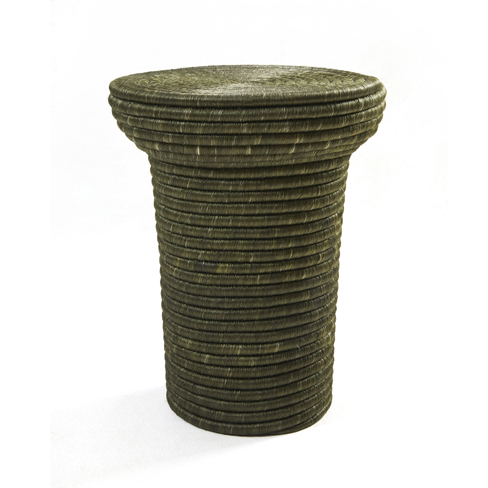 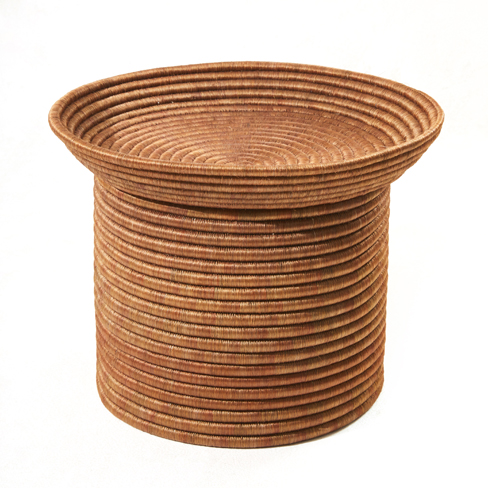 A traditional Andean technique: With the new La Che furniture family, ames is introducing a special aspect of Colombian culture to Europe. The Lache, one of many indigenous tribes of Colombia, were known for using an eponymous technique to weave baskets until the Spanish conquistadors colonized large swathes of South America. In collaboration with the designer Sebastian Herkner, ames is taking up this traditional method, which has been passed down from generation to generation in the Boyacá region, 2,400 meters above sea level. The company has commissioned local people in the small Andean province to produce its side tables and decorative objects. The material used is fique, a natural fiber made from the leaves of the plant of the same name. The fique fibers are wound by hand. The “frame” around which the fibers are wrapped is a naturally white, sturdy part of the fique plant. Most of the dyes use stem from natural ingredients such as nuts, roots and bark from trees native to the region. The production process is highly labor intensive and requires a great deal of skill: It takes several weeks to produce each piece of La Che furniture – at times, two artesanos even work on the same piece simultaneously. Still, it is only possible to produce a few products each month due to the amount of work required. Even in Colombia, this traditional handcrafting technique has become uncommon, making La Che an exclusive and rare series. 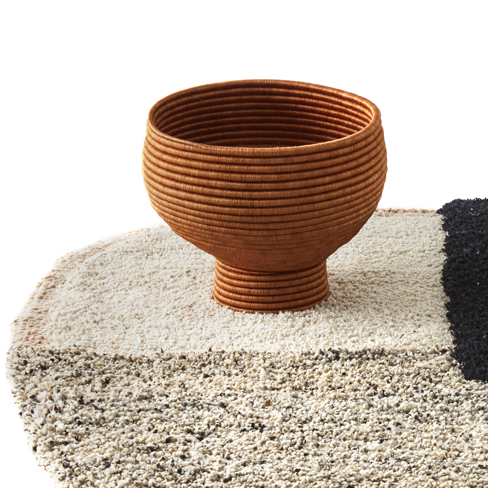