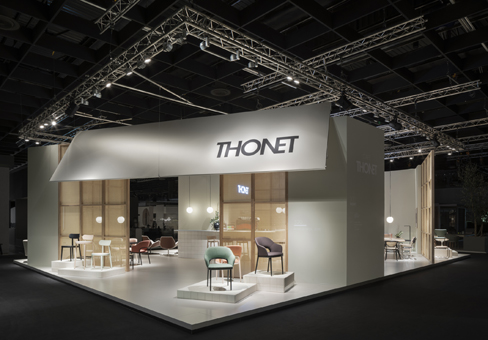 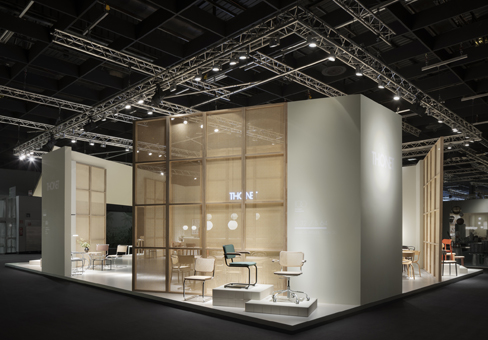 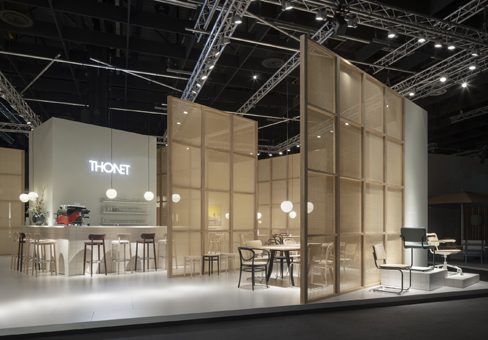 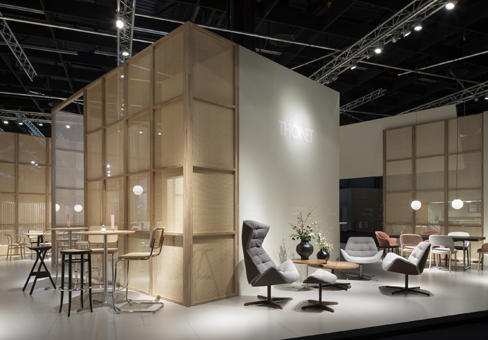 The second trade fair booth under the Café Thonet concept was created by Sebastian Herkner for the Frankenberg company’s appearance at imm cologne 2020. The café metaphor, which the studio has revisited for this year’s event, captures the very essence of the brand: both in the past and present, Thonet furniture is found wherever people come together to live, work – or simply enjoy life. Herkner’s design emphasises the sensuous quality of the materials and the meticulous workmanship that goes into processing them at the Frankenberg production site. It directs visitors’ attention to craftsmanship and quality – values that are vital to Thonet and exemplified by the furniture used to equip the booth. The focus is on the Vienna wickerwork that has been associated with Thonet throughout its history. The designer mounted large expanses of it in light wooden frames to create semitransparent walls that define spaces while simultaneously permitting views through the café and exuding a sense of lightness. Like in a coffee house, there are separate areas that provide screening and privacy while nevertheless ensuring – albeit discreetly – that both the people and furniture remain visible.
The boundaries of Herkner’s Café Thonet have been given a quarter turn in relation to the booth’s rectangular footprint so as to create intriguing edges, cross sections and sightlines. This leaves the four corners free for displaying new launches and highlights. “The resulting combination of private and public areas has a very special charm – both as a designed space and a space that invites associations,” says Norbert Ruf, Thonet’s creative director and inventor of the Café Thonet concept.
“I think it’s a great idea to invite one or several designers with ties to Thonet to create a new Café Thonet every year. It’s a nice symbol of continuity,” says Sebastian Herkner, who also designed the successful 118 chair family for Thonet. Herkner’s concept is based on the natural, warm and welcoming character of Vienna wickerwork and surprising angles. “Because of the nature of its materials, the booth has an almost Japanese feel. Any associations with the paper walls typical of Japanese houses are entirely intentional – they’re light and transparent too,” says Herkner, explaining another aspect of the booth concept that embodies the internationality of the brand: from European coffee house to Japanese tea house – an apt description that captures both Thonet’s heritage and its aspirations for the future. 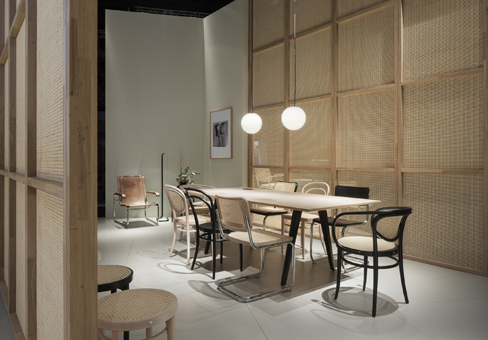 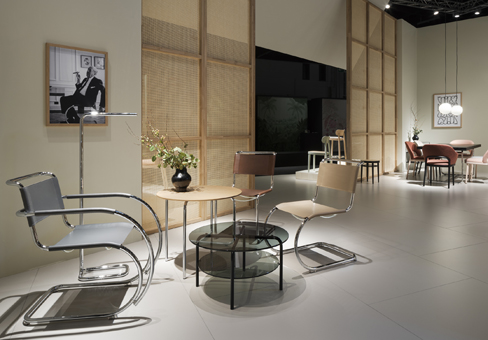 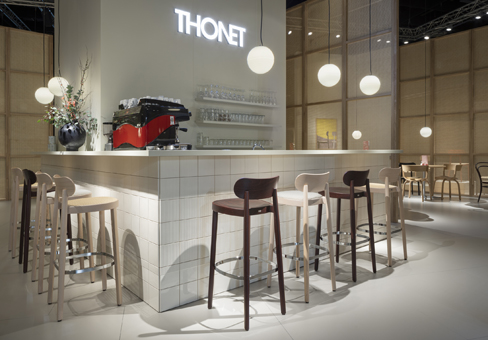 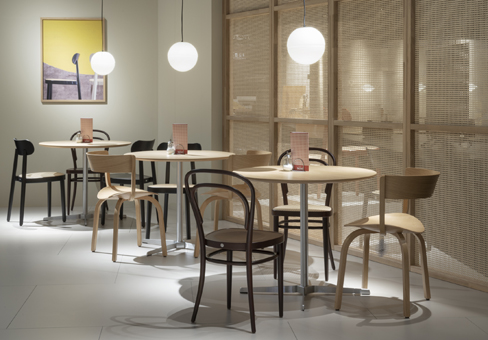 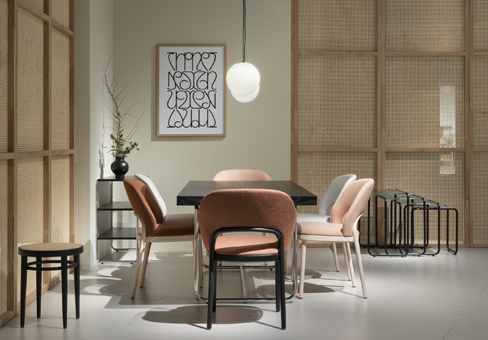 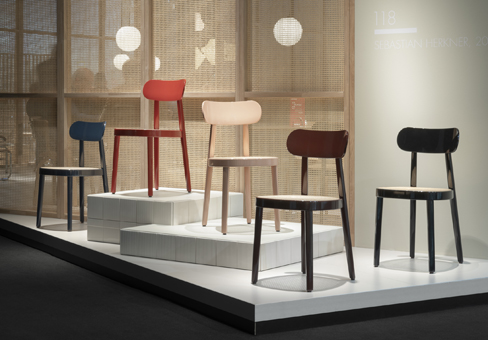